What is Local Government's Role?

Renmark Paringa Council is one of 68 Councils which operates in South Australia.

Renmark Paringa Council is made up of democratically elected members, who (assisted by a workforce of 55) support and develop the community. Elected Members and staff consult with the local community on the appropriate management of community infrastructure and to identify the appropriate provision of services to people who live, work, do business in, and visit the local Council area.

What is Renmark Paringa Council's Role?

Renmark Paringa Council covers an area of approximately 407 square kilometres and is home to approx. 10,000 residents. The Council was formed in 1996 after the amalgamation of the Corporation of the Town of Renmark and the District Council of Paringa. The area has three major settlements being Renmark, Paringa and Lyrup.

The Renmark Paringa economy is centered on irrigated primary production, with viticulture being the major industry, supported by an expanding citrus and almond industry with stone fruit and vegetables. Dry land farming is also a major primary industry in the district. Tourism plays a major part in our economy with the River Murray the predominant tourist attraction. 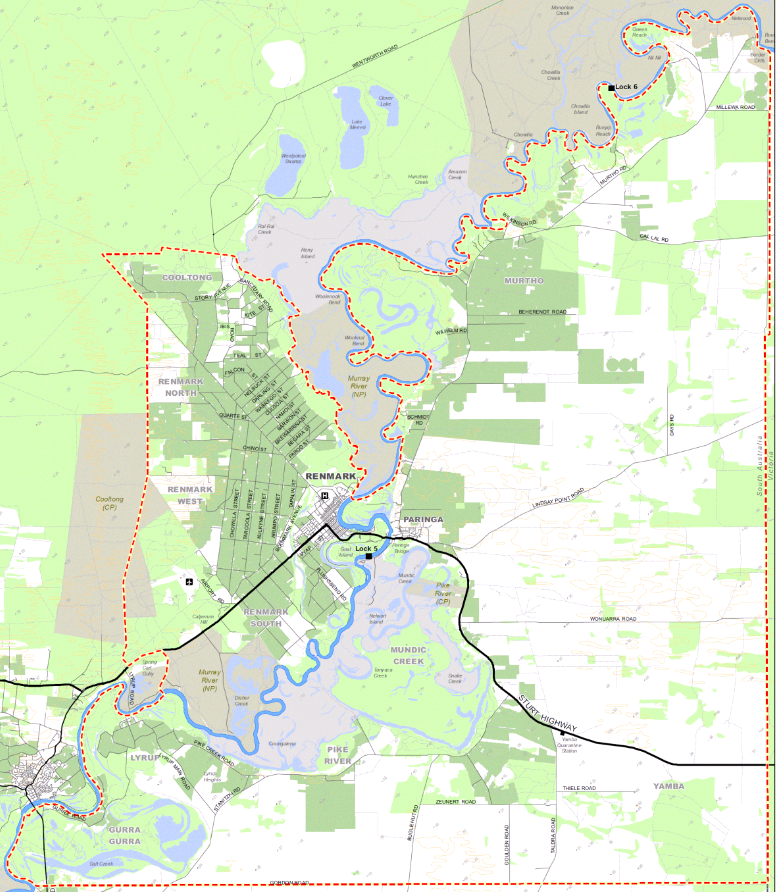 All Councils have basic responsibilities under the Local Government Act and other relevant legislation. These include:

The Council also provides further services that are not required by legislation, but provide additional amenity and quality of life benefits to the community. Council has direct or indirect involvement in over 30 programs, projects or services that are incorporated in the following areas:

The Council also operates a number of facilities on a fee for service basis. These provide community benefits while also generating revenue to offset (partially or fully) the cost to the community at large and include: